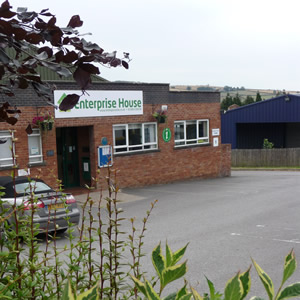 Enterprise South West Shropshire is the trading name of the Bishop’s Castle and District Lifeline Co. Ltd. We manage the building called Enterprise House with a range of offices and workshops with both private and public services.

Our main work focuses on providing services to the area that help the rural economy as well as rural living in general. So we provide services like the drop-in IT Centre, our Village Outreach equipment loan project, the local SpArC Theatre, business support, the Artificial Sports Pitch as well as out ongoing support to local community groups, Parish Councils, Schools. We also manage a range of small offices and workshops within Enterprise House and a Meeting Room and an 8 desk Training Room. 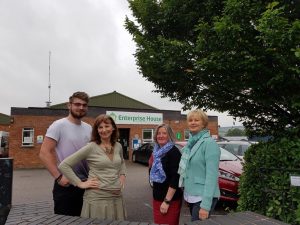 The Company has a Board of Directors (all unpaid) who represent a wide area of interest in the South-West of the County. We are a Limited Company BUT our articles of association determine that there are no shareholders and that the profits are ploughed back into the work of the Company. In the 21st Century this pretty much defined a new business model, the Social Enterprise. ESWS has been ‘trading for social benefit’ since 1996. 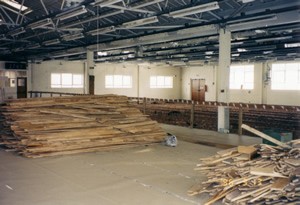 Interior of Enterprise House during the refurbishment 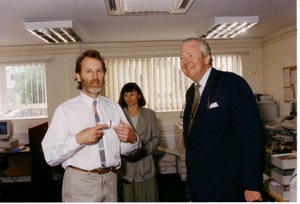 Spot the loyal staff from 1997 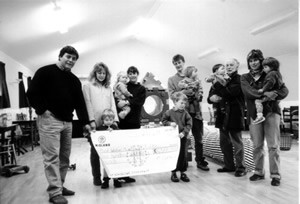 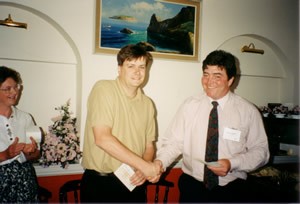 In the early 1990s the SW Shropshire area suffered hugely as a result of the recession. The town’s two largest employers, FarmGas and Walters of Ludlow had departed and the area economy looked doomed. A local regeneration project was jointly proposed by South Shropshire District Council and the local Parishes. This was presented to Central Government for large scale funding under their new Rural Challenge fund. ‘A Lifeline for Bishops Castle’ was born and funded to the tune of about £6m (of match funding and capital/revenue) in order to carry out major regeneration work in the wider area from Chirbury in the North across to Llanfair Waterdine, Newcastle on Clun, Aston on Clun, Wentnor and Stiperstones. A limited company was formed to do the work; The Bishop’s Castle & District Lifeline Co. Ltd. was born. The project ran for 3 years and achieved some major results such as 3 new village halls built, the old Farm Gas and Walters factories being refurbished as well as a great deal of training and funding for businesses. Local Communities were funded to carry out small and large projects such as wildlife ponds, willow mazes, village hall equipping and many others. A substantial piece of research was carried out into the production of fuel by local coppicing, sadly this achieved nothing more than a lengthy report.
The flagship of the project was housed in the old Walters Trouser Factory in Bishop’s Castle; now called Enterprise House, this has grown and flouished over the years having been intially regarded with a degree of suspicion (it represented a great deal of change). The building is managed by the Company (now called Enterprise South West Shropshire) and the small but multi-talented staff manage all the work that ESWS is now engaged upon.